Fall foliage, courtesy of Mother Nature herself, is a glorious fall event in Vermont, that is home to its deciduous birch trees, sugar maples, poplar, and beech trees.  In the past, we've enjoyed the yearly cornucopia in an organized fashion, with colors emerging one by one beginning with red, then yellow and finally the brilliant sugar maple oranges.

As a result, the kaleidoscope shifted to an emergence of color beginning with a mix of oranges and red, finally ending in yellow.

This year, Vermont sugar maples seem to be peaking even earlier, as if to suggest that they'll present their defiant and brilliant oranges, not in response to Global Warming, but with a message of hope.

We'll move when we want to, the Vermont sugar maples are telling us.  We'll tell you that it's a colder a little earlier this year, they seem to say. 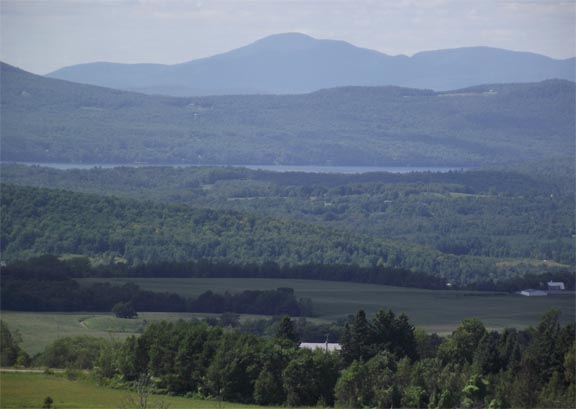 Aside from our lakes and untouched wilderness, perhaps one of the most unique and picturesque characteristics of Vermont's Northeast Kingdom are the ranges of mountains that extend throughout the territory. Blue hills abound along the country side and by rivers and townships.

The Northeast Kingdom of Vermont is a four season retreat. In the spring summer and fall, enjoy the many glacial lakes, including Lake Willoughby, that offer some of the best fishing and water sporting in New England, as well as hiking and biking the trails in the area. In the winter visit the Jay Peak Resort and Burke Mountain for great skiing, AND The VAST Trail for a snowmobile experience.

About The Northeast Kingdom of Vermont

The Northeast Kingdom of Vermont is located in the northeast corner of Vermont and consists of the counties of Essex, Caledonia, and Orleans. In 1949, then Vermont State Governor George Aiken remarked, "You know, this is such a beautiful country up here, it should be called the northeast kingdom." Hence, the region's name was born.

In the many rivers and lakes you will find an abundance of fish, including bass, trout, and perch, among others. A number of the lakes are also home to great northern pike that can grow as long as five feet in length.

Lake Willoughby of Westmore, Vermont is, by far, one of the most strikingly beautiful glacial lakes in the Northeast Kingdom, as it is surrounded by jutting cliffs, mountain ranges and wilderness. It resembles a Norwegian fjord with its length extending through two ranges. As a result, Lake Willoughby is a National Natural Landmark.

Lake Willoughby is an idyllic spring-summer-fall-winter retreat as the lake provides pristine swimming/boating conditions, a cornucopia of fall foliage, VAST Trail access until late March and an abundance of sports fishing year round. Click -The Region's Lakes- to view footage of this idyllic setting.

In the Northeast Kingdom of Vermont you will also find an abundance of antiques from the early empire period of the mid 1800's through to the art deco period of the 1920's, as a result of the railroad expansion that brought prosperity to the region. In 1853, the Grand Trunk Railroad connected the first international railway in Island Pond, VT, allowing for transport during the winter months from Montreal, Canada to Portland, Maine, previously barred from transport by ship due to frigid weather and frozen harbors. 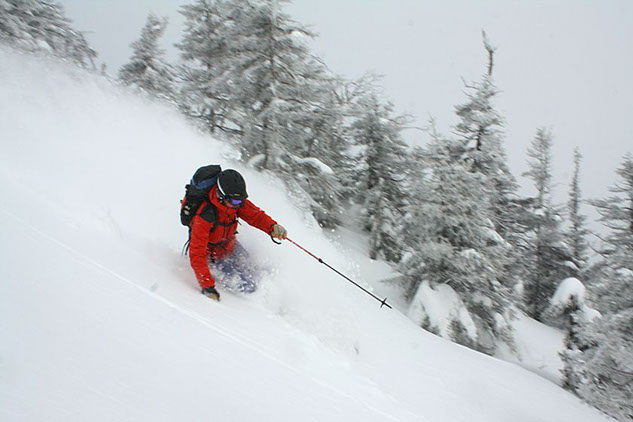 The Northeast Kingdom is often called "Moose Country", though deer are plentiful, as well. In the forests you will also find black bear, lynx and bobcat, as well as mink, among many other species of animals. Hunters trek to the Northeast Kingdom in the fall to hunt deer and moose, as well as wild turkey and partridge. The loon and peregrine falcon, previously endangered species, are also prevalent.

fIn the summer, visitors enjoy biking, camping, fishing, boating and swimming in this beautiful, natural setting, as well as hiking the many trails that extend into the wilderness. In the fall, foliage brings many visitors to the area. Snowmobile-rs and skiers abound in the winter months with the season’s snow and colder temperatures.

The fall foliage season peaks about the first of October, illuminating the rolling hills in a tremendous spectrum of colors, though you will find its brilliance beginning about the third week of September through the second week of October. The variety of birch and maple trees adds an unusual array of colors that bring many visitors to the area during the season.

In the winter, visitors from many states snowmobile the VAST Trails, extending throughout the Northeast Kingdom that will bring you as far north as Quebec and east into New Hampshire. Jay Peak Ski Mountain Resort and Burke Ski Mountain Resort cater to many skiers from late November until the beginning of May, as old man winter hangs his hat here a while longer than regions south.

The Northeast Kingdom of Vermont, existing geographically far north, has colder temperatures from late November until the first week of May that allow for an especially long ski season.  The Jay Peak Resort boasts the most snow in New England, while the Burke Mountain Ski Area has won accolades for its outstanding ski conditions.

Located in Northern Vermont only a few miles from the Canadian border, Jay Peak has a different perspective on the sport. Up here, the mountain reigns supreme and our unparalleled glade terrain and abutting back country attracts some of the best skiers and riders around. We make big-mountain skiing and riding affordable for all through a number of discount and value-added programs. Our lodging is virtually all ski-in/ski-out, we open early, and are always one of the last in the East to close. 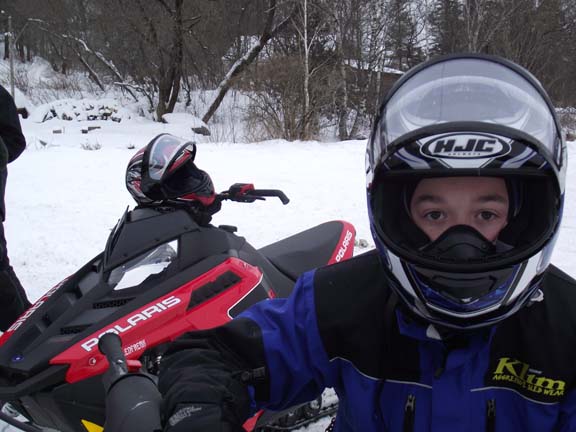 Renowned for its breathtaking views and ski racing heritage, Burke Mountain is the best kept secret in the Northeast. Home of the Burke Mountain Academy, the preeminent ski academy in the country with 45 Olympians to its credit, Burke Mountain features sweeping, winding trails, an average of 217 inches of snowfall each year, 45 trails and glades on 250 acres of terrain, and a vertical drop of 2,011 feet. A unique blend of friendly, genuine staff and traditional terrain define the character of one of the last remaining Vermont ski classics. With major upgrades to its snow making system in recent years, Burke Mountain features 80% coverage on a variety of trails accommodating skiers of every level with 25% novice, 45% intermediate, and 30% expert trails. Burke also has four terrain parks to keep the free stylists in your family busy all day long." Courtesy, Burke Mountain Ski Area.

In The Winter - Snowmobile The VAST Trail

Now with more than 5000 miles of winter trails in Vermont,The VAST Trail network caters to many snowmobile-rs each winter. The trails generally open late December and are available as long as there are four inches of snow on the trails.

The VAST Trail network is a series of connecting trails throughout the Kingdom that extend into Quebec and New Hampshire. The VAST Trails are well marked and groomed twice a week. In the Northeast Kingdom of Vermont, you might find deer and moose as you travel the trails through stretches of wilderness. The sport is available to the young and old. Maps, information and TMA registrations are available at many locations throughout the Northeast Kingdom.