Island Pond, VT, a village of the Town of Brighton, rests aside Bluff Mountain, and is situated along the shores of Island Pond, a glacial lake by the same name. The village and the lake refer to an island located near the lake's center that is 22 acres in size.

The town and the lake are a four season center of activity for fishing, boating, swimming, hiking, fall foliage and hunting, as well as ice fishing and snowmobiling in the winter months. 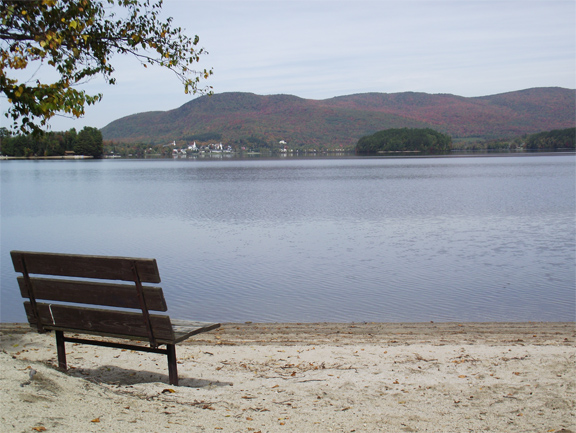 Originally chartered as "Random" on August 13, 1731, the town grew substantially preceding the connection of the first International railway in 1853 by the Grand Trunk Railway . Frozen harbors during the winter months denied Canada and the United States passage along the coastline. International rail traffic, during that era was of monumental significance and benefit to the United States and Canada.

The town became a major port of entry into the United States until the early 1900's.

Listed on the Register of Historic Places due to the national historic significance as "the place where the tracks met" as the first International Railway Port of Entry, Island Pond has many historic buildings in its downtown area that are a part of the national register listing. 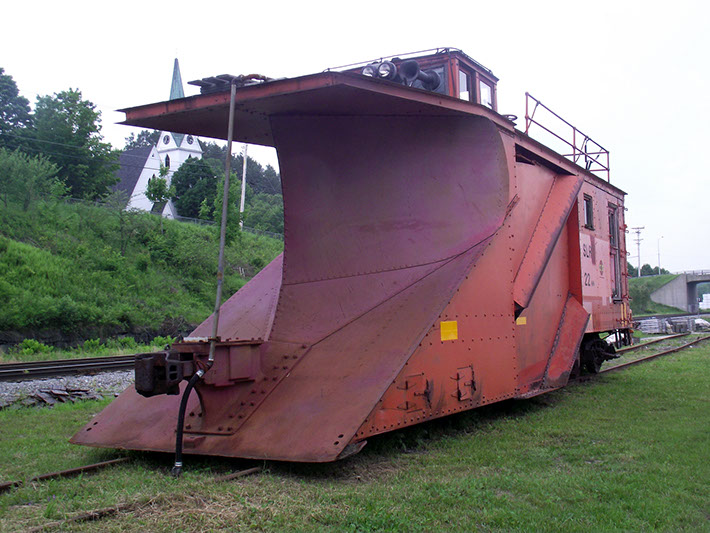 The train track that extends through Island Pond is still in use today and continues to connect Montreal, QE to Portland, ME.

The photo to the left is of a train car, currently in use, used to plow the snow that accumulates along the tracks in the winter months during heavy storms.

The Community National Bank now exists within a brick structure that was originally the town's train station. Much of the original woodwork exists within the building.

Island Pond welcomes many snowmobilers each year. The VAST Trail in Island Pond extends around the lake, that is frozen and passable for most of the season, and connects to trails that will bring you into Quebec, New Hampshire and points south. Snowmobilers also enjoy crossing Island Pond during the winter months.

The trail map, above, shows the pattern of trails surrounding Island Pond, that may bring you to points north, south, east and west.

n the summer, Island Pond's lake comes alive with activity. Swimming and boating are a favorite of visitors and residents, alike Boat, kayak and pontoon boat rentals are available at The Lakeside Campground and Brighton Motor Sports.

Fishing is another native sport that is home to Island Pond. Small mouth bass, trout and perch are prevalent in Island Pond's lake. A fishing license is required. 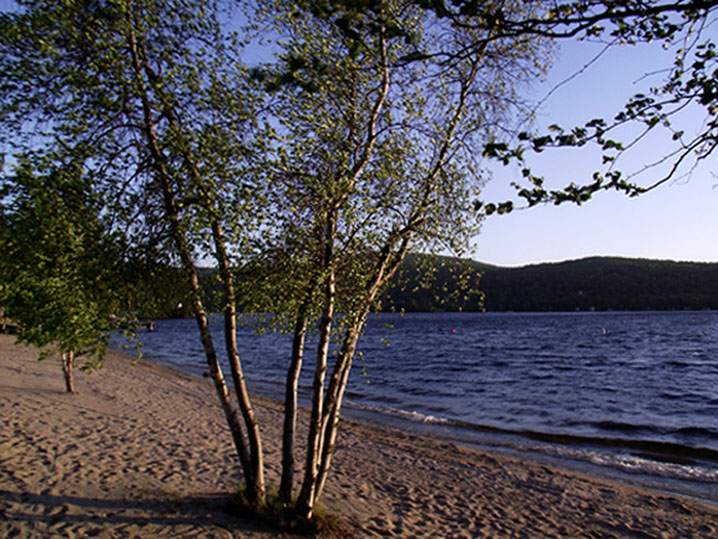 The lake is a glacial lake that is also fed by The Clyde River. The Cllyde River will sometimes flow into Island Pond, though, in the spring, sometimes changes direction. From the Clyde River, one may kayak north to West Charleston.

Loon Have Made the Lake Their Home

loonforislpndpage1.jpgLoon, once an endangered species, have nested have breed ducklings on Island Pond in recent years. A flock of Loon, filmed swimming on Island Pond's lake by the same name, is to the left.

While you're there, enjoy a great hike up Bluff Mountain. Bluff Mountain offers a mild to moderate hike to a fabulous vista at the top. The entrance is located on Mountain Street. Parking and hiking are free and open to the general public.

Public tennis courts are also available during the warmer months. Court time is free. The courts are maintained by the Town of Brighton.

The town's Chamber of Commerce hosts its yearly "Friday Night Live Summer Concert Series" beginning mid June until the end of August at Gazebo Park by the lake. The outdoor summer concerts are free and open to the general public. Local bands perform rock, country and folk music each Friday, weather permitting, beginning at 7:30pm until 10pm.

The Island Pond Chamber of Commerce