The region's lakes are also home to an abundance and variety of fish. Small and large mouth bass, rainbow and brown trout, perch, 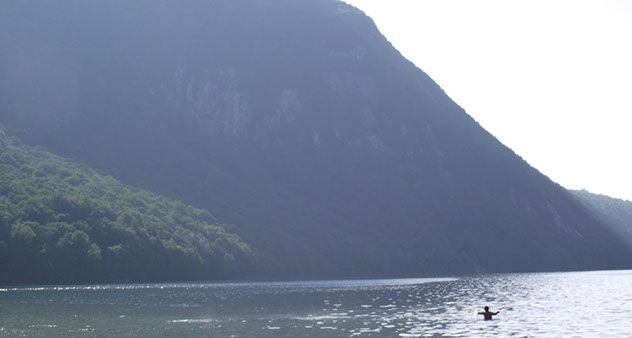 landlocked salmon, and great northern pike are among the many species that can be found here. The vast stretches of wilderness make for a pristine environment that continues to provide to the natural ecosystem that mother nature intended.

The Northeast Kingdom of Vermont is a haven for tourists spring, summer, winter and fall.

Lakes and rivers in Northeastern Vermont are unpolluted, suitable for swimming, boating and other water sports. Summer visitors enjoy the pristine lakes and natural beauty of the region every summer. Parking is free. You also might find outdoor barbecue grills for your use at our state parks. Public docks are available at many of the lakes in the region.

Many have sited the Loon on Lake Willoughby, Norton Pond, Great & Little Averill Pond, Island Pond, Lake Wallace, and most of our regional lakes where Loon are multiplying and often found to be in good numbers.

While 73% of the lake's surface area is located in Quebec, 3/4 of its watershed is in Vermont. The lake's maximum depth of 285 feet makelakememphremagog3.jpgs it the third deepest lake in Vermont. Province Island, the largest of its islands,

is located on the international boarder.

Though the name Memphremagog means great expanse of water, some claim that it is home to Memphre, a reptile-like monster. Memphre have been sighted in Lake Memphremagog as early as the 18th century, though later documented sightings are as recent as 2003.

For more information, including some interesting facts concerning the legend of the "Memphre" lake monster that is said to dwell in Lake Memphremagog click here.

lakewilloughby3.jpgLake Willoughby is, by far, the most strikingly beautiful glacial lake in the Northeast Kingdom. It resembles a Norwegian Fjord with its length extending between two mountain ranges. The lake is also the deepest lake in Vermont, with depths exceeding 300 feet. Waterfalls, cradled in rock formations, empty into the lake at various points from surrounding mountains. As a result, Lake Willoughby is listed as a Natural National Landmark.

The lake is also home to the Peregrine Falcon, as the cliffs of Mount Psgah and Mount Hor provide a natural habitat for the rare falcon.

The Peregrine Falcon was listed as an endangered species in the 1970's after falling victim to pesticides that filtered through the food chain to its diet of small animals, birds and insects.

Visitors enjoy the north and south beaches of this glacial lake. Parking is free and available at both ends of Lake Willoughby....More Info

Seymour Lake is located in the town of Morgan in Orleans County, Vermont. The lake was named for Israel Seymour, one of the original grantees. Natives called it Namagonic "salmon trout spearing place".

It is the second largest natural lake in Vermont. It is one of only two deep, cold, and oligotrophic lakes in the Clyde River system.

The freshwater lake covers 1,732 acres (7.01 km2) and is 3 miles (4.8 km) long and 2 miles (3.2 km) wide; its maximum depth is 167 feet (51 m). It is shaped like a giant number "7". The lake is fed by two primary streams, an outlet from Mud Pond and Sucker Brook. The lake drains into Echo Pond, which empties into the Clyde River, Lake Memphremagog and, eventually, Canada's St. Lawrence River.

During the summer, natives and tourists enjoy the lakes clean water for swimming, boating and fishing. During the winter months, Seymore Lake is home to many ice fishing huts that provide shelter for ice fisherman who enjoy the lakes natural abundance of fresh water trout, bass and salmon.

Island Pond located in Island Pond, VT is a lake that, in reference to its name, has an island in its center, 22 acres in size.

The lake is home to loon and an abundance of trout, perch and fresh water bass. During the winter months, snowmobilers enjoy safe passage across the lake for most of the winter season.

Nestled amid mountains in a remote area of Vermont, the lake offers sandy beaches, open barbecue grills and a public dock. Boat rental is available at Lake side Camping and Brighton State Park. Free parking is available. ...More Info

For great fishing and a remote setting, visit Great Averill Pond and Little Averill Pond located near the border to Quebec in Canaan, VT.  The area is sparsely populated and rich in wildlife, including deer, moose, bear and bobcat. 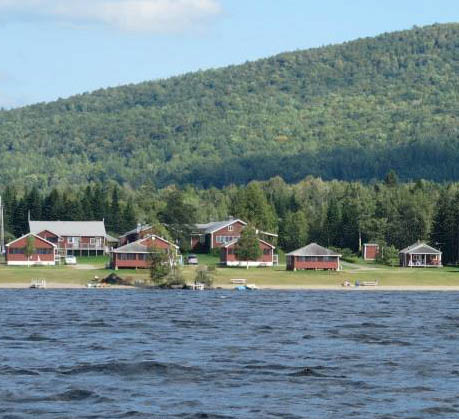 Loon, once an endangered species, are often found enjoying the waters of both natural lakes.  Bald Eagles, Osprey, and Peregrine Falcon are routinely spotted on these lakes. ...More

Remote and as far north as you'll go in Vermont and remain in the United States, Lake Wallace (also known as Wallace Pond) is an international lake with the majority of its surface water in Quebec.  Crossing the border into Quebec is prohibited, unless permitted by the Border Patrol.  During Independence Day festivities (Canada - July 1 / USA - July 4), for these four days enjoy both sides of the lake dueling for the best fireworks!

The area is pristine and rich in wildlife.  On the lake visitors are likely to hear the enchanting call of the Loon.  Bald Eagles, Osprey, and Great Blue Heron are routinely sighted on Lake Wallace.

Lake Wallace is also renowned for its fresh water fishery.  Trophy brown trout, smallmouth bass, and chain pickerel, as well as perch are in abundance.  Also, lots of crayfish along the shores for the kids to catch.

The spring smallmouth bass catch-and-release fishing season on Lake Wallace is a favorite native pastime.  It’s the start of the warmer season's outdoor activities on this peaceful and natural habitat in Canaan, VT. ...More

Norton Pond, a lake just south of the Canadian border seven miles west of  Canaan, VT, is a recommended destination for birders, paddlers, and boaters looking for a truly wilderness lake experience.

Large tracts of shoreline, bays, and coves are uninhabited where deer, moose, and bear can be spotted feeding & wondering the shoreline.  Bald Eagles, Osprey, and nesting Common Loon are routinely spotted on Norton Pond.

Visit the links below for maps and information regarding the many lakes of the Northeast Kingdom of Vermont.