Newport, Vermont is a center of activity for the Northeast Kingdom of Vermont with its many shops, restaurants and festivals. The photo above was taken July 8, 2016 during Newport, VT's 2nd Annual Jazz Festival, a three day event.

The town is also the home of Lake Memphremagog, an International glacial lake 27 miles in length, with the majority of its surface in the country of Quebec.

The town caters to visitors and tourists, alike, who visit the area year round, for swimming, boating, hiking and fishing during the summer months as well as snowmobiling the VAST Trail that extends through area and skiing at the Jay Peak Resort that is just a short drive away.

Newport is also home to many fine restaurants serving a variety of foods for most any pallet. For authentic Mediterranean cuisine, try Lago Trattoria. On main street, you'll also find authentic Thai Cuisine and even sushi.

Montgomery's Café serves organic and vegan delights for breakfast and lunch, along with a hearty menu of Vermont favorites.

With 215 sightings to date from travelers originating from the shores of both Newport, VT and Magog, Qe, the elusive  "Memphre" is believed to be alive and well.

September 2016 - One recent search for the Memphre discovered what may have been what was left of a "Turd", as number 2's for lake monsters go- it included a male femur, pieces of plastic and what was believed to be part of an egg shell, however, the photo more resembled part of a human skull.

The VAST Trail in Newport is a maze of trails that allow passage to restaurants, lodging and shops, as well as a crossing of Lake Memphremagog , points east, west and south. 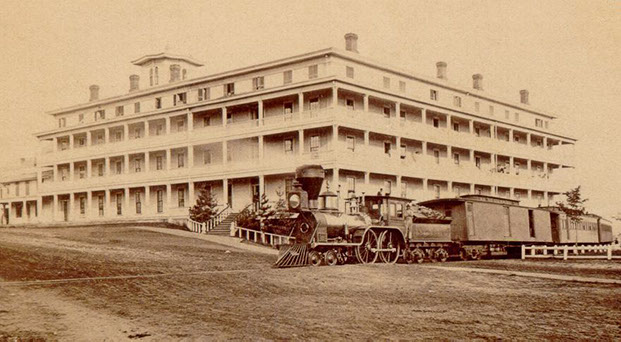 The first notable point of interest for the area now known as Newport, VT occurred in 1753 when the Abernakis Indians brought, by vessel, the ransomed John Stark along the waterways of Lake Memphremagog to land where Newport is today.

The area was actually first settled in 1793 as Pickeral Point, though later named Lake Bridge.

"Rogers' Rangers were forced to retreat through the county following their attack on Saint-Francis, Quebec in 1759. To confound their avenging pursuers, they split up on the east shore of Lake Memphremagog. One group followed the Clyde River east. Another followed the Barton River south." Source: Wikipedia

The railroad reached the village in 1863 and operated until 1965. By the late 19th century, the Boston & Maine and Central Vermont railroads were routed through Lake Bridge and so the village experience a boom

The Lady of the Lake steam excursion/ferry operated from 1867 until 1917. This is used as Newport's logo.

"In 1868, a livery stable that would ultimately grow to 100 horses, started operating behind a hotel, several blocks from the railway station." Source: Wikipedia.

"The current county courthouse was built in 1886. That was the year that the legislature moved the shire town here." Source: Wikipedia.

Newport in the 20th Century

In 1907 a fire swept through the downtown district and claimed many buildings, including Memphremagog House, (photo above).

Between 1936 and 1953, the International Club in Newport had the largest dance floor in New England, 220 by 60 feet. It was capable of holding 2,000 dancers. Various performers stopped to entertain while en route between Boston and Montreal on the railroad. These included: Louis Armstrong, Charlie Barnet, Les Brown, Cab Calloway, Rosemary Clooney, the Dorsey Brothers, Jimmy and Tommy; Stan Kenton, Kay Kyser, Gene Krupa, Glenn Miller, Tony Pastor, and Louis Prima.

The Legend of the Memphre

Since the 1800's seafarers that have traveled the waters of Lake Memphremagog have sighted a lake monster that is consistently described as long-necked with lengths from 30 to 100 feet. In 1987 a group sighting that included photos of a "hump" was documented and then protected by copyright. The sighting is kept secret for the purpose of protecting the animals, according to those who witnessed the phenomenon. (1) The group, however, brought their findings to the attention of the Vermont State Legislature, who sure did believe the story.

On Tuesday March 17, 1987, the State of Vermont House of Representatives and Vermont State Senate read and adopted the following:

On Tuesday, March 17, 1987 the following Joint Resolution was adopted by both the Vermont State Senate and House of Representatives:

Whereas, there are documented reports, historical accounts, and photographic evidence to substantiate the possible existence In Lake Memphremagog of an unidentified aquatic animal or animals described as long necked, serpentine, or snakelike, and

Whereas, these animals have been observed by many citizens of the state and others, and…..

Whereas, the discovery of a species of heretofore unknown animal life would be a contribution to the fund of human knowledge, and

Whereas, the absence of a state law to protect these unidentified unknown animals may encourage the use of force or violence, threatening its welfare and the safety of Vermonters and people enjoying the beauty of Lake Memphremagog, and

Whereas, no act of violence by these animals has ever been recorded against any individual or group of people, and Journal of the House.

Journal of the House

Whereas, the most responsible course for the stat to follow would be to encourage continued collection and evaluation of scientific evidence of unexplained phenomenon in Lake Memphremagog, now therefore be i

Resolved by the Senate and House of Representatives

That the possible existence of the animal commonly known as “Memphre” is recognized by this state, and be it further

Resolved: That “Memphre” should be protected from any willful act resulting in death, injury or harassment, and be it further

Resolved: That the State of Vermont encourage serious scientific inquiry into the existence of any unusual animals in Lake Memphremagog, especially the possible existence of an animal such as the on e commonly known as “Memphre”, and be it further

Resolved: That citizens of Vermont and visitors to Lake Memphremagog are encouraged to report sighting of such animals or associated phenomenon and photographic evidence whenever possible. 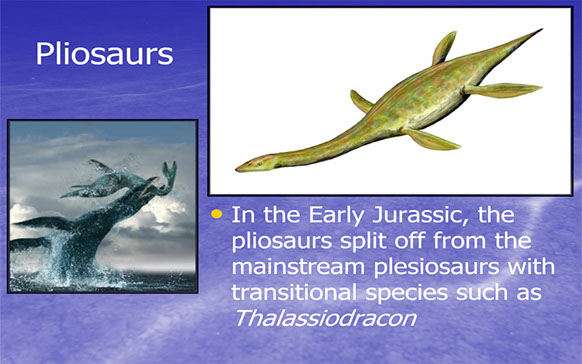 Which was read and adopted on the part of the House.

According to Wikipedia, the "memphre" are believed to be a variety of Pliosaurus within the family Sauropterygia. The Pliosarus has flipper like movements in its front and hind paws and is long necked. The Sauropterygia are carnivores and are believed to have evolved into crocodiles, alligators, snakes, and salt water sharks.

There are many sightings of "Memphre" from residents of Magog, Quebec. The sightings usually start with a notable "wave" that, occurring in a freshwater lake, appears unusual and singular, unlike typical waves that are numerous and large in ocean waters. From the "wave" appears a hump or neck.

(1) I have talked with two members of the group sighting that occurred in 1987. Both insisted that the information that they provided be kept private from sensationalized media. I believe the story. Marcia Horne