St. Johnsbury, Vermont is the largest town, by population, in Vermont's Northeast Kingdom. The town is also, by far, the area's largest center of commercial activity. Residents and visitors enjoy St. Johnsbury's many fine restaurants and shops, as well as the arts.

Catamount Arts is located in the downtown district and presents many theater and stage performances to the general public.

In St. Johnsbury, VT, the Rails to Trails year round trail is now open to Danville, VT.

In 2006, the town was named "Best Small Town" in National Geographic Adventure's "Where to live and play" feature.

In St. Johnsbury, VT, the VAST Trail connects directly to points north, south and west, however, the interconnecting trail system allows for travel throughout Vermont and into Quebec.

Jonathan Arnold, a member of the Continental Congress and author of Rhode Island's act for secession from the United Kingdom in May 1776, was one of St. Johnsbury's first settlers. In 1787, he, along with six other families built homes in the area that is now downtown St. Johnsbury. 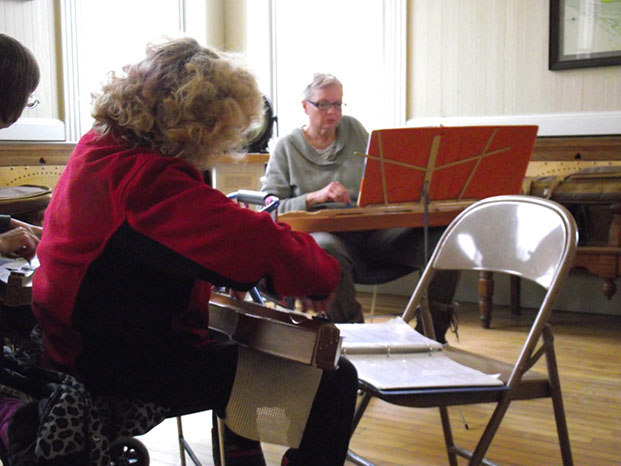 The Welcome Center in St. Johnsbury hosts the Kingdom Mountain Dolcimers every month.In 1790, the settlement had increased to 143 and the first town meeting occurred in Jonathan Arnold's home, where the town was then named St. Johnsbury. Ethan Allen was also present. The name St. Johnsbury is believed to have been in reference to Jean de Crevecoeur, a friend of Benjamin Franklin and author.

In 1830 Thaddeus Fairbanks invented the platform scale. St. Johnsbury grew to become a manufacturing center for scales - and The Kingdom Mountain Dolcimers perform mountain music on instruments handmade and local to the region. maple syrup - through 19th century.

On September 24, 1910, at the St. Johnsbury Fairgrounds located at the crossing of what is now I 91 and I 93, the first airplane flew in Vermont.

During the 1940's, the town of St. Johnsbury, was the largest manufacturing center - "in the world" - for maple sugar candy, scales and candlepins for bowling.

(Photos of the Kingdom Mountain Dolcimers performing at The Welcome Center in St. Johnsbury, VT.)